Nilanjan Das has recently designed the story board for Twentieth Century Fox's horror flick The Other Side Of The Door(https://www.youtube.com/watch?v=gzdP33P_YNc). He is a writer-director-producer who has worked between UK, US and India for more than one decade. At the moment based in Mumbai, he is under production on his first feature and in preparation of a Super Hero trilogy. His directorial debut "Under the Bridge", was opened at the Kyoto Film Festival Japan and subsequently won major awards at several festivals. Nilanjan has directed 150 films for various formats. His very first spot “The Cricket match” was recipient of the Special Mention Award in Ksanik film festival Kolkata. Nilanjan is the founder of a production outfit that is currently under production with a dance theater video “Beyond Eternities”. Nilanjan’s participations in multimedia projects have included “Get the Winning Edge “for Gillette starring Rahul Dravid.
Nilanjan was trained at the National Institute of Design in Ahmedabad, India.
Posted by House of Koan at 10:49 PM No comments:

Restless -In the spirit of Indian Truck Drivers 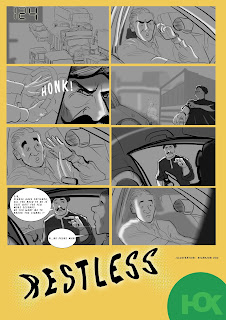 Opens to a shot of a busy traffic signal.
With a lot of vehicles at the signal, we see a truck waiting for the signal to turn
green. The signal digital meter reads 124 seconds.In a car parked behind the truck, a young man dressed in formals and a tie, appears to be struggling between a tense conversation on the phone and his patience of waiting at the signal. He keeps honking at the truck standing in front of him.While the signal clocks around 95 seconds, the truck driver gets of the truck. A tall hefty man in a black pathani
approaches the car casually rolling his sleeves up. The man in the car starts looking at the truck driver and appears petrified. He hangs up the call worried about the consequences of honking constantly.
As he attempts to keep his phone on the pillion driver’s seat, it tends to fall on the floor but the man doesn’t bother to pick it up. By now the truck driver has approached the man. He knocks at the windows with the conspicuous rings on his fingers. As the man rolls down the window with fear on his face,
The truck driver
“Bhaisaab, ek hi minute ki to baat hai. Thoda sabar
kijiye. Signal to nahi tod sakta na?”
The Man
K..Koi baat nahi…
The man looks stunned at the unexpected gesture of the truck driver. Saying this, the truck driver smiles and walks away towards to his truck and boards it.The man sitting in the car keeps staring at the truck in astonishment.

StopStereotyping
In the spirit of Indian Truck Drivers
Posted by House of Koan at 9:32 AM No comments:

This film was shot in 2007 .Brief was to create a brand ambassador who could rule hearts for more than a decade.    BBDO(the agency ) gave us only one shift to complete all the three films! As Rahul was available only for few hours. He had resigned from captaincy only on the previous day and I was strictly informed not to ask him any thing on cricket!! How absurd. It was a hinglish film. Every one was thinking- how can we shoot all the three films in one day? But I knew I could do it. Thanks to Arnab, Bappa and DOP Kiran Reddy for supporting me. 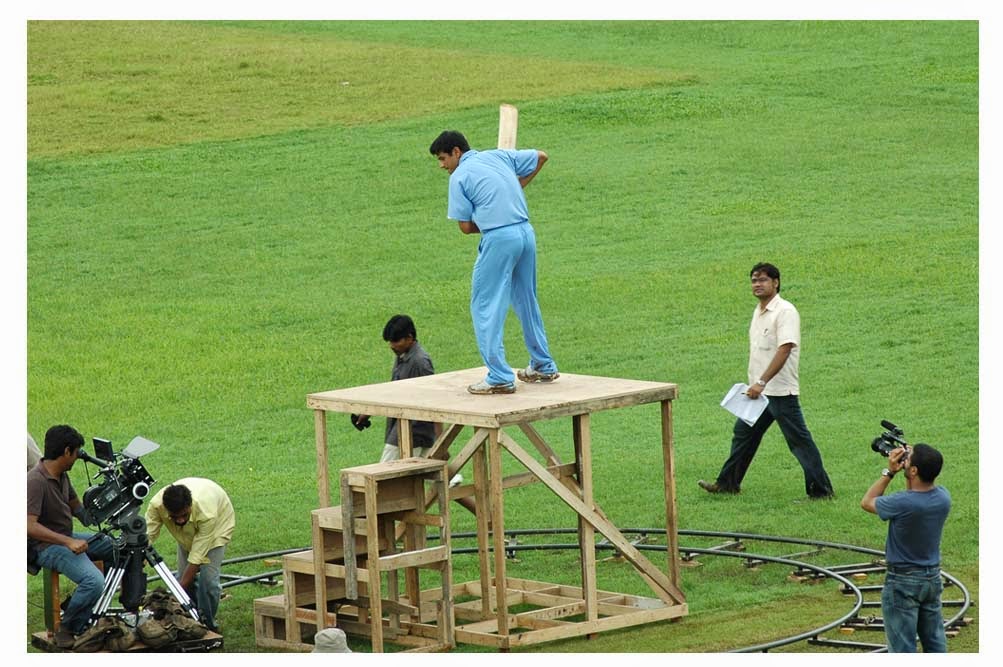 Kiran and Bappa shooting Rahul while I was following the track and editing in my mind. I always enjoy looking at my actors rather than staring at the monitor while shooting. 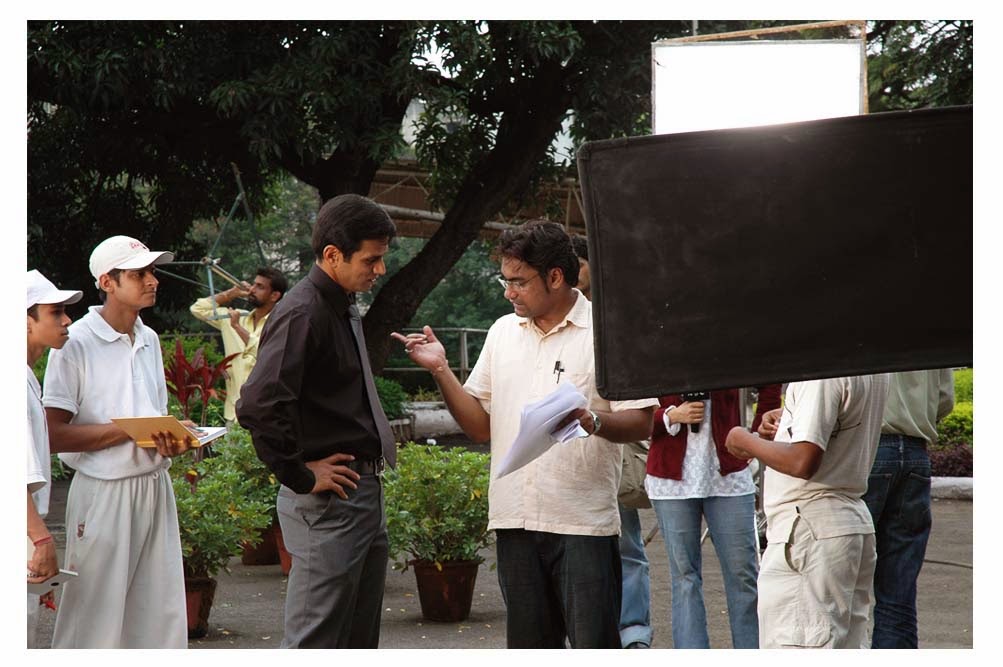 5 pm. we were ready for the last film, we had to shoot it before the light goes. It went well. We shot the second film after the sundown in the locker room. 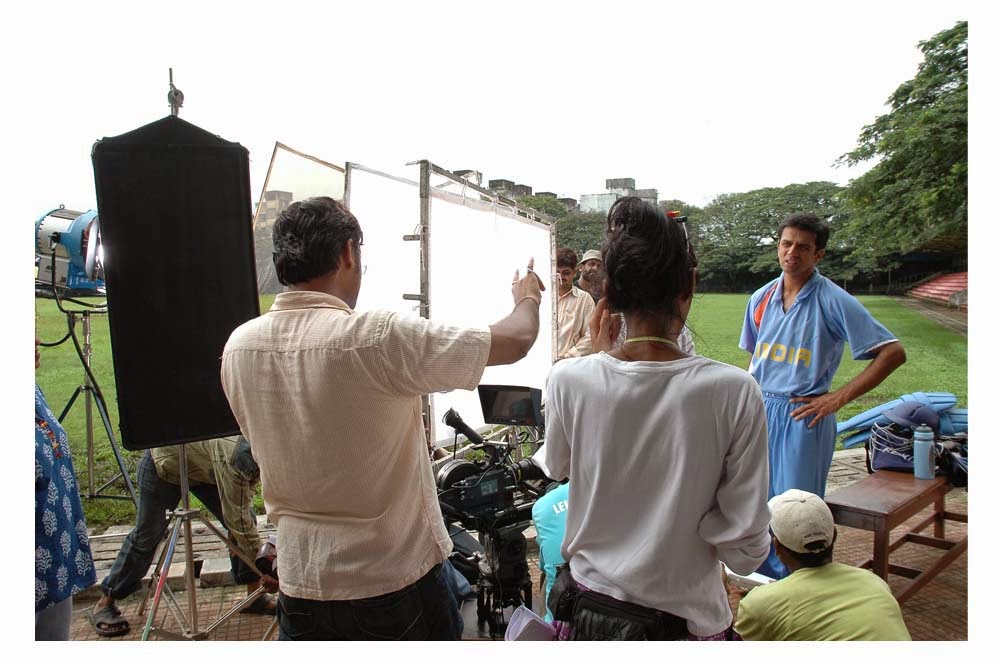 Rahul was asking me -What's the difference between Karta hai and Karti hai?. I said - Nothing! You say what ever you feel like, we will manage in post! 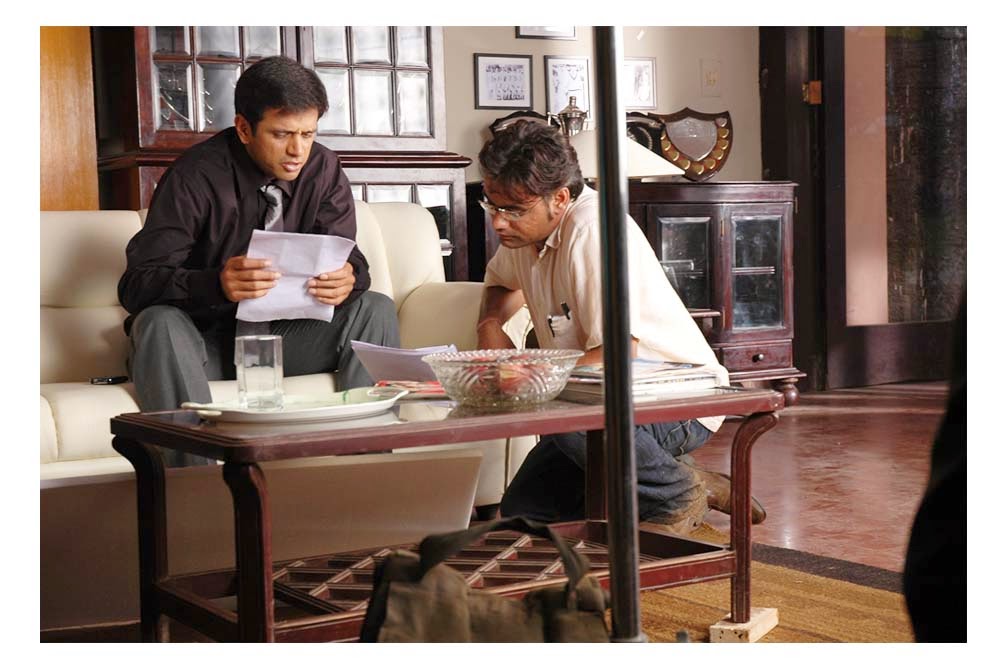 Rahul was really good at remembering lines. All he wanted to know was the back story. 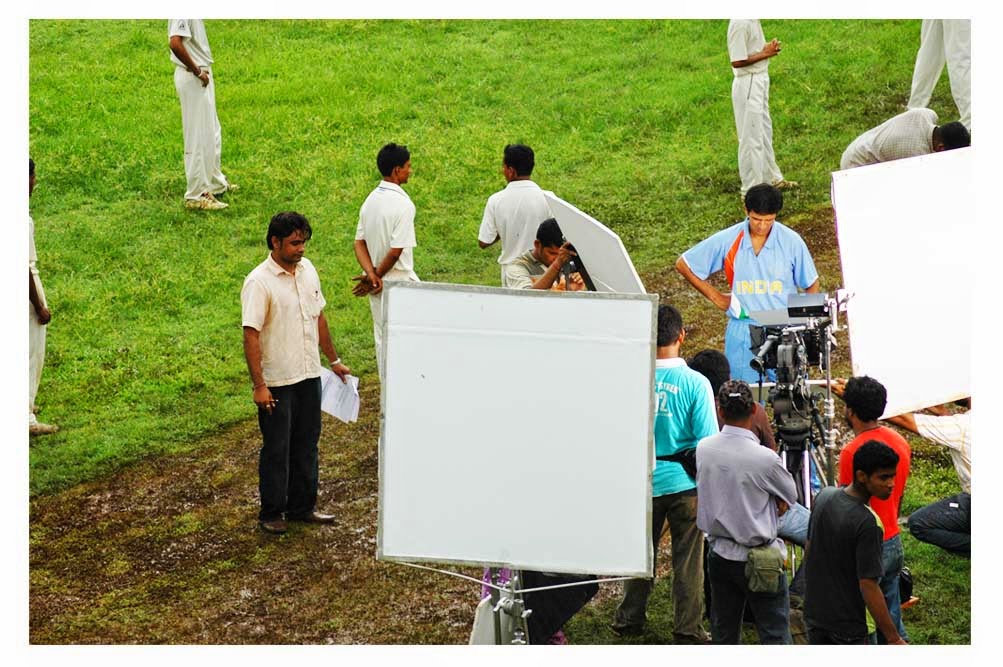 We were using Super 16. It was raining till last night. Every one was praying to the rain god to spare us. 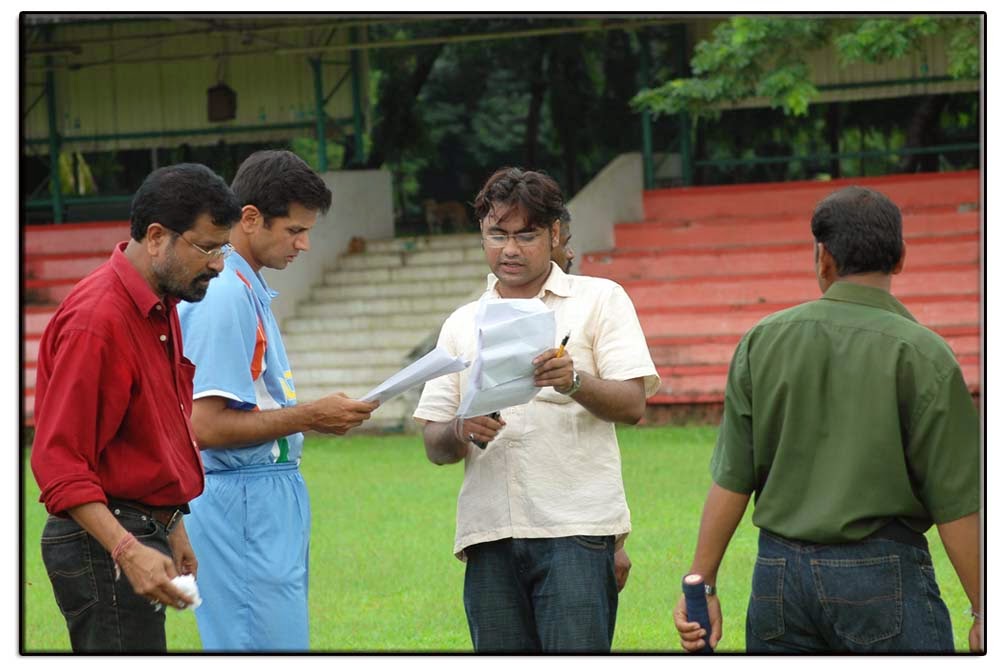 We decided No prompting , so every time Rahul forgot I would go and made him practice one more time. Speak Good, Feel Good, Look Good. Get the winning edge!!!
Posted by House of Koan at 4:10 AM No comments:


When we were approached for this project we  got interested by the product ( Trust me internet cable is not a boring stuff ). Nowadays we live in a time where we require internet for everything listening songs, gaming , downloading office presentations or even ordering Pizza.So while doing everything together .i.e Stream, Surf and download  most of the time we complain about the internet speed but we hardly do anything to change it. Fion is the answer to all those who survive on high speed gaming, 24x7 online work. While creating this animated  promotional video for them the first challenge was  to blend 3d and 2d both together and morph them such a way that works best for the brand. Also keeping the target audience in mind we wanted the video to have a feel of online gaming.
The morphing of 2d and 3d  animation surprises the viewer in the time span of 10 seconds ( 0.45 to 0.55)  the O of the slow transforms in a circle and then a camera lens and from there emerged the Fion logo. The whole experience gives a feeling of movement and speed which captures the essence of the product

Graphic Novel Trailer- The day I shanked my dad

Some children play Rock-Paper-Scissors. Some children play Ring-Around-the Rosies. Some Children play Cowboys and Indians. This story is not about those children…
This is a story of a cute seven year old girl who's family legacy taught her "never go to jail!" Although most of her family members spent time in the clank, she learned valuable lessons from them, like how to build a shank!
Join her on this comedic day in the life journey, as she learns how to put these skills to use, in sticking up for herself… Once and for all!!!
"A must read for all parents in danger."
-Jenny Ex
Posted by House of Koan at 10:34 PM No comments: 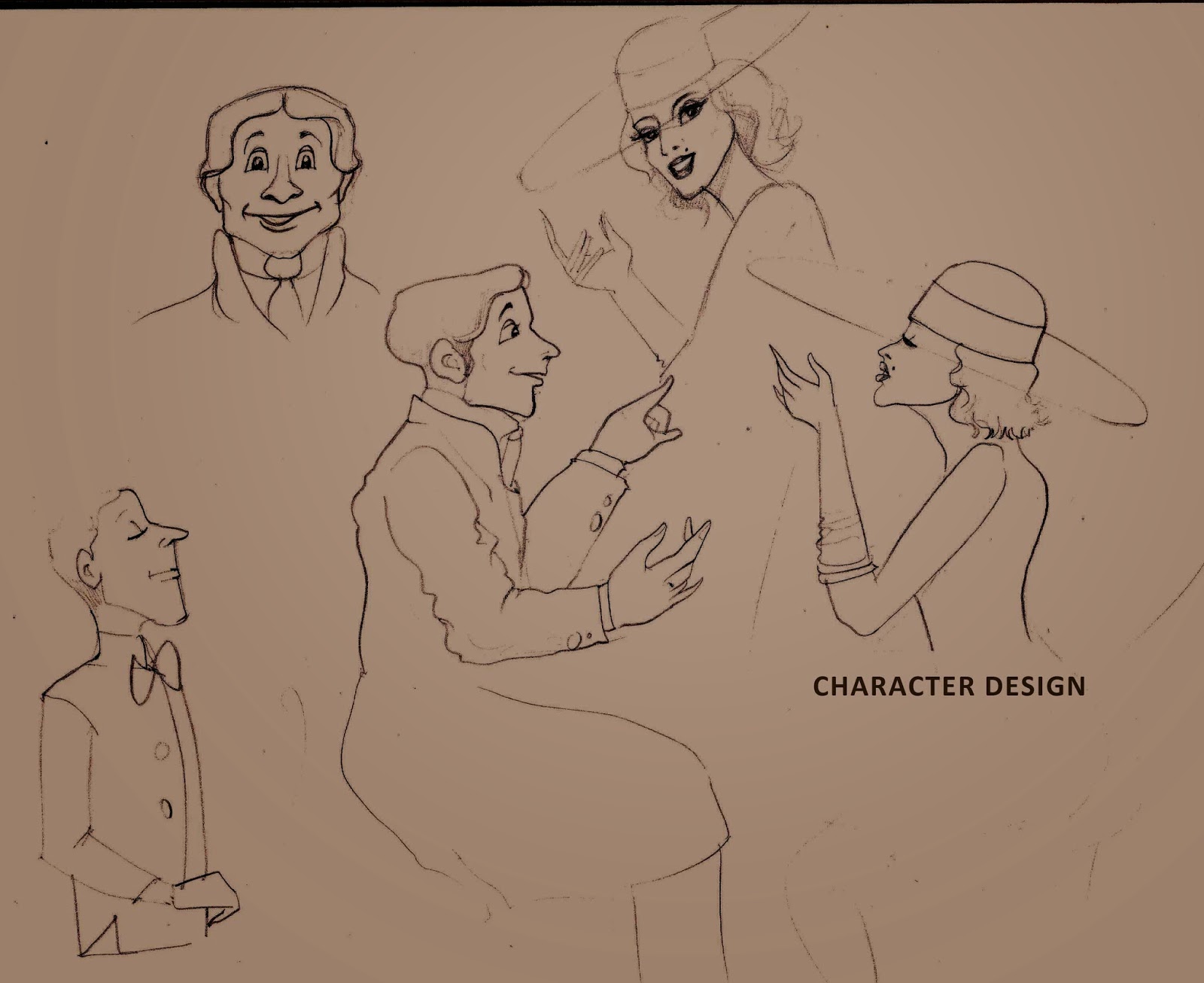 We were brainstorming on a sub story for this one. Finally we came up with the story of a young french engineer and his British  girlfriend ( was that possible!!!) on a date by the London Bridge! I wanted this one to be like a conversation where he would tease her by saying  look that's gonna happen to your London Bridge ! And she would smartly answer - never mind we can still fix it by wood and clay and so on! This would in way tell the children how bridges were made before. And how various materials were used later on as it evolved !
Posted by House of Koan at 11:42 PM No comments:

My teacher and colleague Dr. Himadri was the inspiration behind the  character of the grand pa here.

Last summer when I went to Banasthali Institute of Design,Jaipur( where Dr.Himadri is the Director) to teach film language , while I was busy with the lectures he used to play with Nilaksh my three year old son. Watching them playing and talking I realized that  these days  children don't spend time with their grand parents ( Thanks to the so called Nuclear family set up ). I  remember as a child it was fum to be with my Thakumaa ( My paternal grandmother). Both my parents were working so my loving Thakumaa use to keep me company and take my care. I  was always a inquisitive kid who loved to hear stories. My Thakumaa was one of her kind and she knew how to tell the story in a new way, so every time when I heard her it was something new.I miss you Thakumaa , such a brilliant story teller you were !!!.

This summer my son  Nilaksh went to Kolkata to meet his grandparents ( Maternal and Paternal Grandparents) . I am sure he must have collected lots of sweet memories of story telling which he will cherish all through his life.

Posted by House of Koan at 6:37 AM No comments:

Posted by House of Koan at 5:07 AM No comments:

Posted by House of Koan at 5:04 AM No comments:

Posted by House of Koan at 5:00 AM No comments: